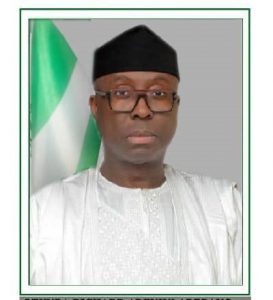 As the number one investment driver of Nigeria, Adebayo is leading the promotion of government’s policies of Ease of Doing Business, job creation, poverty eradication and industrialization.

Born on February 4, 1958, Adebayo had built a Business and Legal Career spanning about forty years. His experience is extensive in areas such as: Project Finance, Oil and Gas, Commercial Law and Business Facilitation.

He became the First Executive Governor of his home State, Ekiti in May 29, 1999 where he laid the remarkable foundation for development strides. He was also the Pioneer Secretary of the Nigeria Governors’ Forum, NGF.

A core chieftain of the ruling All Progressives Party (APC), the Minister held office of the Interim National Vice Chairman South West and Deputy National Chairman (South) of the party.

Happily married with children and grandchildren, Adebayo’s hobbies include Lawn Tennis and Football.