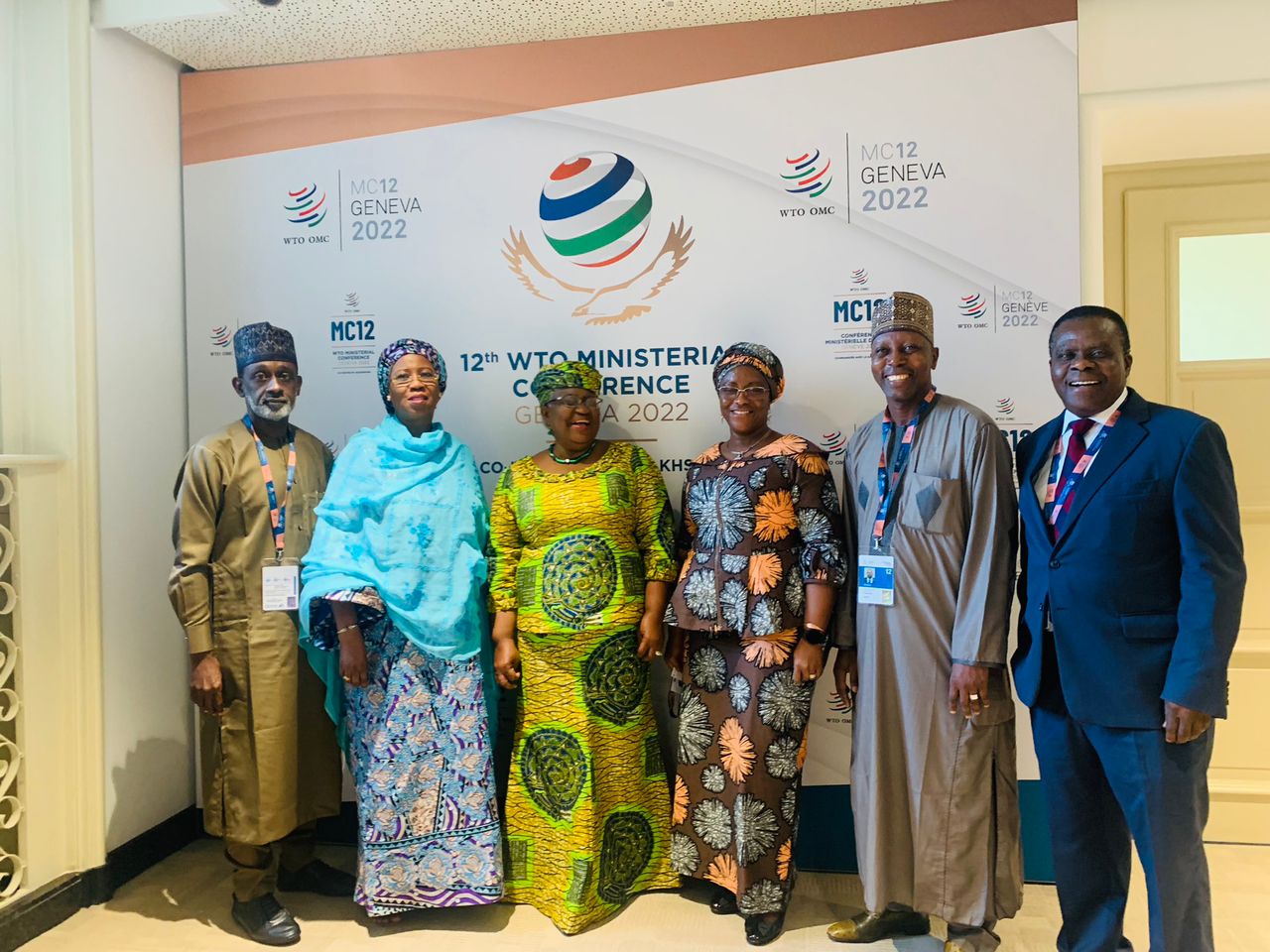 Federal Government through the Minister of State for Industry Trade and Investment, Amb.Mariam Yalwaji Katagum has called on the World Trade Organization (WTO) Members to work collectively to undertake reforms that would revitalise the organisation and enhance its role in global economic policy-making.

The Minister of State for Industry,Trade and Investment, Amb.Mariam Yalwaji Katagum made the call in her statement at a session on Challenges facing the Multilateral Trading System during the 12th World Trade Organization (WTO) Ministerial Conference (MC 12) taking place in Geneva, Switzerland.

She stated that Members have a shared responsibility to work collectively to strengthen the WTO and undertake necessary WTO reforms that would revitalise the organisation and enhance its role in global economic policy-making.

“Members have a shared responsibility to work collectively to strengthen the WTO and we will undertake necessary WTO reforms that would revitalise the organisation and enhance its role in global economic policy-making” the Minister stated.

The Minister said Nigeria believes that Members need to seek innovative solutions to the multi-faceted challenges of the WTO, to ensure it adapts to the evolving global socio-economic environment and remain relevant.

The Minister noted that in spite of the laudable accomplishments of the WTO, the inability of the WTO to adapt to the evolving nature of the global economic landscape continue to undermine the economic benefits derivable by Members, adding that, We are also witnessing the adverse effects of growing trade and geo-political tensions, which have now been exacerbated by the COVID difficulties, as well as the ongoing war between Russia and Ukraine.

The Minister maintained that WTO has been playing a significant role in terms of expanding global trade and production, contributing to global sustainable development and underpinning the integration of national economies.

“Under the auspices of the WTO, Members are undertaking requisite reforms to improve competitiveness and growth, increase production capacity and create jobs. We have been able to increase the size of our middle class and lift hundreds of millions of people out of poverty” she stated.

Amb. Katagum therefore stated that in this difficult time, the World is looking up to the WTO for answers that would underpin economic recovery.

“However, the enormous challenges confronting the rules-based multilateral trading system embodied in the WTO continues to undermine the delivery of results needed to drive growth. These challenges are occasioned by dwindling trust and confidence amongst Members, and political tensions which trigger unilateral protectionist actions, and have undermined consensus building on key issues” she stated.

She said as a critical first step for achieving meaningful WTO reform, Nigeria considers restoring trust and a sense of common purpose.

“We need to work together, in a transparent and inclusive manner, to build bridges, defuse political tensions, and foster convergence on key issues of interest to Members” the Minister stated.

She added that the WTO rule book is needed to be updated to accommodate commercially meaningful rules on digital trade, services, investment and MSMEs for the institution to be more effective and relevant to the diverse economic priorities of its Members.

Amb. Katagum maintained that the 12th WTO Ministerial Conference would avail WTO Members an excellent opportunity to set in motion a reform process that would address simultaneously the longstanding development issues on the negotiating agenda of the WTO and commercially meaningful issues that are of priority to its Members in this 21st Century.