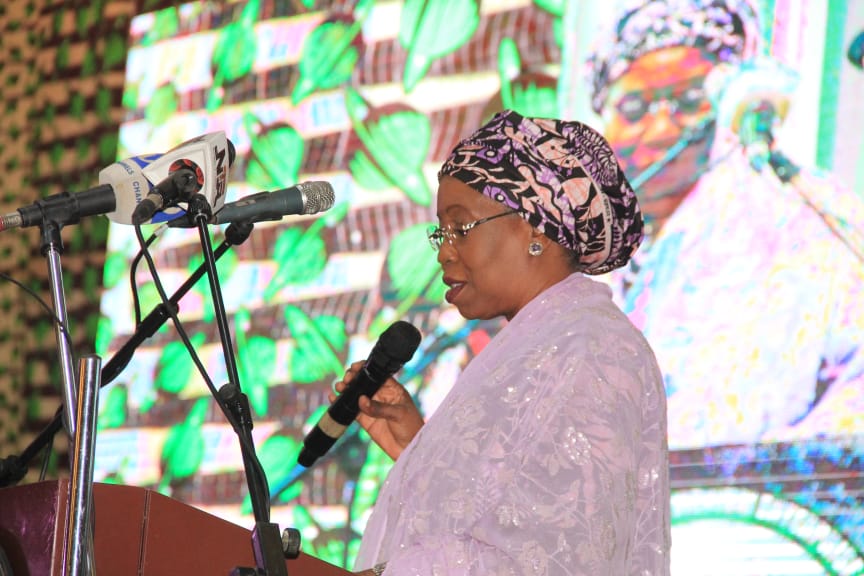 Amb. Katagum stated this in her speech during the inauguration of the Ministries, Departments and Agencies (MDAs) of the Focal Persons Group in the implementation of the revised National Policy on Micro, Small and Medium Enterprises (MSMEs) in Abuja.

The Minister stated that with the approval of the 2nd revised National Policy by the Federal Executive Council (FEC) on March 17th, 2021, Small and Medium Enterprises Development Agency of Nigeria (SMEDAN) sought the assistance of the Investment Climate Reform (ICR) Facility to initiate a Coordination Mechanism as well as put in place a monitoring and evaluation system for effective tracking of the various MDA-specific actions.

“This is why the Policy is focused on Finance, Skills development, Marketing, Technology, Research and Development. Other areas of priority include Infrastructure and Cost of Doing Business, Institutional/Legal/Regulatory issues and awareness creation on NMSMEs” the Minister stated.

She said that the coordinating Agency for NMSME development, the Small and Medium Enterprises Development Agency of Nigeria (SMEDAN), in line with the recommendations of the Coordination Mechanism, has put together a strong team to serve as the National Secretariat for the implementation of the National Policy.

She added that key Ministries, Departments and Agencies which are instrumental to the development of the MSME subsector have nominated Focal Persons that will serve as the contact points and initiators for the policy recommendations.

The Minister disclosed that towards ensuring that the policy is implemented to a reasonable level between now and 2025 when it will be due for another review, a high-level Monitoring and Evaluation team comprising public, private and civil society interests will also be inaugurated.

Amb. Katagum expressed hope that ,this will measure the level of implementation and the feedback that will form a major point of discussion at both the Technical Implementation Committee and at the National Council.

The terms of reference for members of the Focal Persons Group inaugurated amongst others included,to develop an implementation plan for issues within your organisation’s remit;
ensure the implementation of the recommendations of the Policy;
track the status of Public-Private Dialogue over time;
report on progress, achievements, issues;
support the implementation of M&E;
report the challenges encountered either as an individual or an organisation in implementing the policy recommendations;
attend meetings of the Focal Persons;
propose issues for discussion by the National Technical Implementation Committee; and
help create awareness on the National Policy within your organisation.

Amb. Katagum thanked the Ministries, Departments and Agencies (MDAs) that were actively involved in the very long Public Private Dialogues ( PPD) sessions; stating that their contributions certainly enriched the specific actions that have been put together, which will help address some of the challenges of the NMSMEs.

Earlier in his remarks, the Acting Director- General, Small and Medium Enterprises Development Agency of Nigeria ( SMEDAN), Mr Olawale Fasanya noted that the current National Policy is obviously an improvement on previous editions with clear recommendations of what the various actors and enablers should be doing to ensure that Nigeria”s MSMEs sub- sector is not just active but equally globally competitive.

He further disclosed that the revised National Policy on MSMEs largely seeks to ensure MSMEs in Nigeria are active, innovative and globally competitive, adding that, with over 39 million MSMEs ( according to the 2021 SMEDAN/NBS survey report), the minimum target to be realized before the expiration of the Policy in 2025 is to ensure an enabling environment is created for each of the MSMEs to grow and create a minimum of one extra employment which currently stands at over 61million and also push the sub-sector’s contributions of the Gross Domestic Product (GDP) from the current 49% to 70%.

The Director-General, Abuja Chamber of Commerce and Industry (ACCI), Ms Victoria Akai in her remarks noted that Abuja Chamber of Commerce was delighted to be part of the inauguration, which is one of the key outcomes of the joint support received by SMEDAN and ACCI from the Investment Climate Reform (ICR) Facility for the development of a coordination mechanism for the implementation of the National policy on MSMEs.

She said “the chamber appreciates the leadership role being played by SMEDAN as the umbrella body of MSMEs in Nigeria, and will continue to support SMEDAN’s effort as a state chamber and at the national level through the Nigerian Association of Chambers of Commerce Industry, Mines and Agriculture” (NACCIMA).