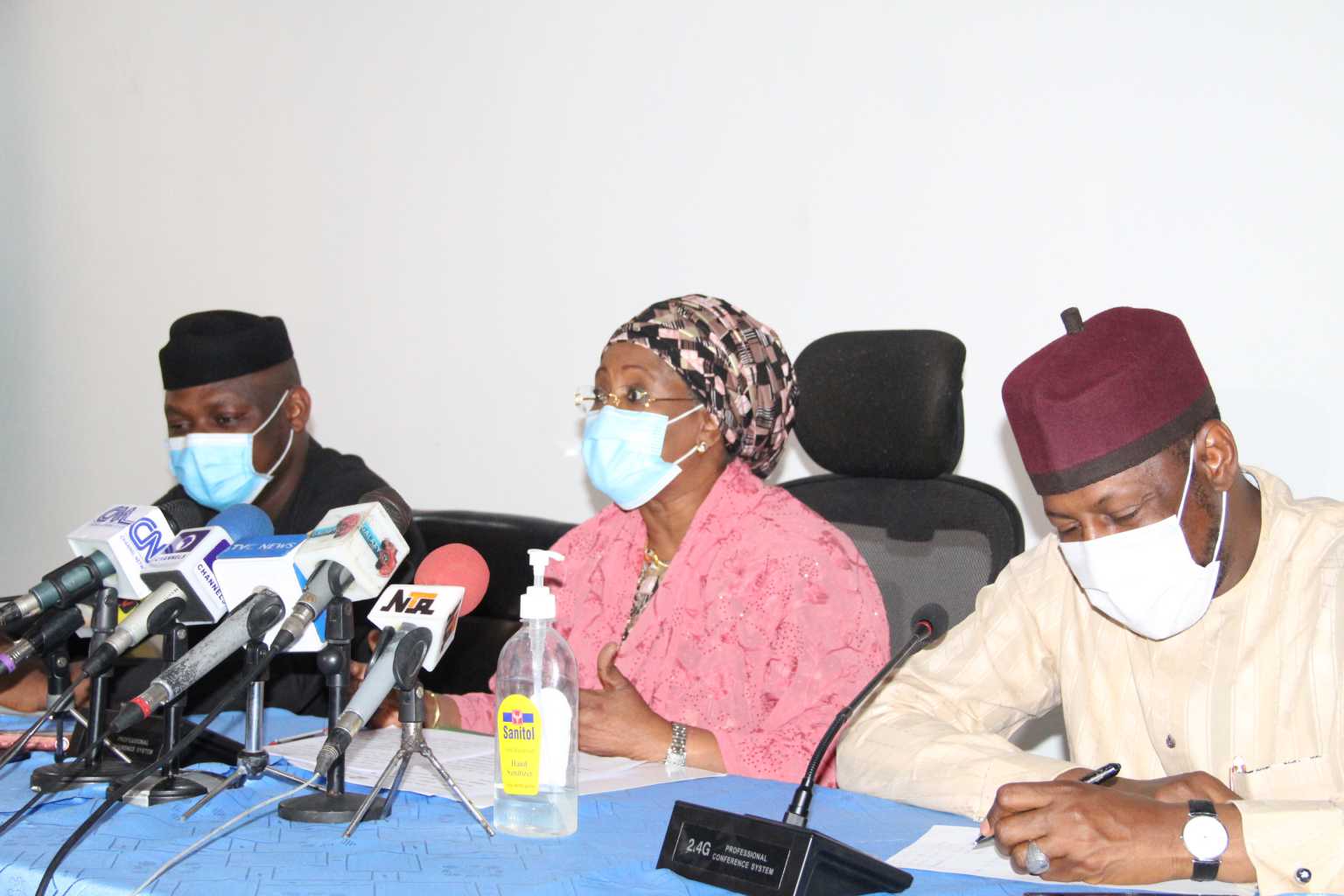 As part of efforts of the present administration to fully rejuvenate the economy, the Federal Government is set to kick start the last two schemes of the MSMEs Survival Fund component of the National Economic Sustainability Plan (NESP).

The schemes are namely, the Guaranteed Offtake Scheme (GOS) and the General MSMEs Grant.

The Minister of State Industry, Trade and Investment who doubles as the Chairperson, Steering Committtee of the MSMEs Survival Fund and Guanranteed Offtake Schemes,  Amb. Mariam Yalwaji Katagum   made this known at a media briefing on the implementation of the Schemes in Abuja.

Amb. Katagum stated that said the two new schemes would build on the successes recorded in the implementation of other components of the scheme as well as to rejuvenate the nation’s economy especially Micro, Small and Medium Entreprises (MSMEs).

The Minister explained that “Two of the components approved under the Economic Sustainability Plan (ESP) are the MSMEs Survival Fund and Guaranteed Off-take Scheme.  The Steering Committee approved the implementation of the 2 Schemes in 5 distinct parts namely; the Payroll Support Scheme, Artisan and Transport Scheme, Formalization Support Scheme, General MSMEs Grant and the Guaranteed Offtake Scheme”.

According to the Minister, “Under these two components, the portal will open from 11:59pm on Tuesday, 9th February 2021 to Thursday 18th February 2021 for the Guaranteed Off take Scheme (GOS) and General MSME Grant Applications.

All interested MSMEs can go directly to the Portal and register for either of the Schemes free of charge”, she stated.

She noted that the purpose of the Guaranteed Offtake Scheme was to stimulate direct local production by enabling 100,000 MSMEs in the production sector with funds to produce post COVID lockdown stimulus products.

She listed the products to include face masks; hand sanitizers; liquid soap; disinfectant and processed foods.

The Minister pointed out that the Scheme would give preference to products produced in reasonably sufficient volumes in each State of the Federation, which have the proven propensity to create jobs and have a multiplier effect on the surrounding economy.

“Participating MSMEs are also required to fulfill the following criteria: CAC registration with at least a Business Name Certificate, Verifiable BVN and Bank Account Number, have a minimum of 2 employees and Readiness to produce under NAFDAC and SON specifications”, she stated.

Amb. Katagum noted that the implementation of the Survival Fund is progressing steadily with the activation of three tracks across the country (Payroll Support Scheme, Artisan and Transport Scheme, and Formalization Support Scheme), adding that, the Payroll Support Portal was reopened for 30 States that have not met their quota in the initial stage of the programme between 27th, January – 2nd February, 2021.

The Minister explained further that “The General MSME Grant is meant to give a one-off N50, 000 grant to 100,000 MSMEs who do not meet the qualification of the Payroll Support or Guaranteed Offtake Scheme. A one-off grant of N50, 000 will be given to each qualified MSME as direct cash injection into their business.

The Special Assistant to the President on MSMEs and Project Coordinator of the Schemes, Mr. Tola Johnson said that for the Guaranteed offtake Scheme, 2,640 beneficiaries each will benefit from 34 states while Abia State would get 3,080, Kano State 3,280 and Lagos State 3,880 beneficiaries.

Mr. Johnson cautioned Nigerians against fraudsters that may want to take advantage of the Survival Fund, adding that, nobody should pay anything as the registration is free.

He reiterated the commitment of the Federal Government towards improving small scale businesses in the country.